Thomas served in the Army Medical Corps during Vietnam as a Clinical Specialist. He holds a Bachelor’s Degree in Microbiology and completed his Master’s work in Virology.

Thomas is an award-winning author of several novels and his short stories have appeared in several magazines on and offline. His book, Relic of the Damned: The Coming, was a finalist in the 2014 Kindle Review Best Book Awards.

When it comes to writing horror, Thomas prefers to stick to the old school style rather than slash and hack. “Allow the imagination to fill in the gaps…the mind can conjure scarier better than words.”

What people are saying about my books... 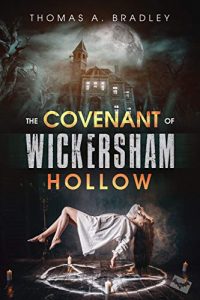 The Covenant of Wickersham Hollow

I love a good mystery, especially when the story involves a haunted house with a decades- or centuries old history. From the first page, The Covenant of Wickersham Hollow lures you by giving you a glimpse into the past of a house filled with sorrow and secrets, and the hint of evil.

The author does a great job of weaving in and out of the past to pull you further into the horror behind the mystery. It doesn't take the reader long to become completely immersed in the haunting that stalks the characters through their lives. Solid pace with an ending that will surprise you. A perfect read for Halloween. 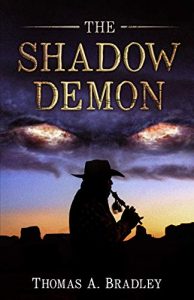 One of the things I really liked about this story is its unique approach to the supernatural, where Native American traditions and beliefs play a pivotal role against an ancient evil that has resurfaced in modern-day times. Scary business...

An interesting mix of characters adds another deeper layer of intrigue to the story.

Good suspense and pace with a long look into a metaphysical realm that will stir you brain. Well worth a read! 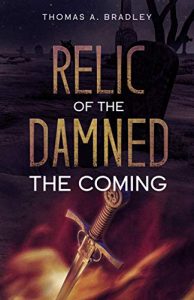 Relic of the Damned

While a very well thought out plot, exciting story, graphic descriptions of the antagonists, the writing is ok at best. I DO recommend this read, but the number of characters is dizzying and you spend much time trying to remember who everyone is. It is a great read for those that like the macabre as I do and the God\Devil thing. It's a fun read, never to be a classic by any means...certainly not Stephen King...but fun. You may not want to read it going to sleep...just saying.

Please fill out the simple form to the right to send me a direct email.