First of all, let me say that I love all kinds of horror, as long as it’s done well, and zombies are no exception. As long as the tale, be it a movie, book, whatever, is told well and sustains my suspension of disbelief – I’m in.

Let’s face it … Zombies are fun. Well, as long as you’re not the one they’re munching on. But…! In this article, I’m going to step outside the horror author side of myself and jump back into the scientist. I’m about to burst your bubble of fun and look at zombies from a scientific and medical point of view. If you don’t want to be colored the next time you sit down with your bucket of popcorn and load up that zombie movie … Stop Reading now.

Okay, you were warned.

A-Head of its time

There is a comedic zombie show currently running on a popular streaming network. It actually happens to be one of my favorites, and I was recently saddened to hear that it’s going to be canceled. Anyway, on this show, there is a zombie who consists of no more than a head in a vase. He not only speaks but helps a family of realtors run their website, using a headset and microphone. In the context of the show, it’s hilarious. The problem – scientifically speaking: without lungs, no air is forced over the vocal cords, which in turn negates their vibration. Without vibrating vocal cords – no speech, no talking.

Even if we suspend disbelief enough to assume that the autonomic nervous system, regulated by the hypothalamus, is somehow reactivated, there are still a number of insurmountable medical problems a corpse must overcome before it could get up and walk. The autonomic nervous system controls things like heartbeat, blood vessel dilation, respiration, and reflexes. It does not control voluntary muscle movements. So let’s take a look at what our zombie has to deal with. We’ll start with the simplest case: a freshly dead reanimated corpse. We’ll call him Zomb-A.

Zomb-A wakes up, still lying in his casket at the funeral home. He wants to get up. His autonomic nervous system is reactivated and his dead heart is pumping; his dead veins are expanding and constricting, his diaphragm is working drawing air into his lungs. The first thing he wants to do is open his eyes. Oops – that’s a voluntary muscle, no can do. Okay, he can’t see, but he wants to get out of the casket. After all, he’s awake; it’s probably not going to be much fun if he gets himself put into the ground, right? He lifts his arms and pushes up on the casket lid. Uh – no. Voluntary muscle action again. He could lay there and try to sneeze his way out, sneezing is involuntary, autonomic. Of course, even to do that he’d need a catalyst – pepper, an itchy nose, sinus trouble, something external. Nope, poor Zomb-A is stuck where he is, in the dark hoping for a cold or flu.

Now let’s look at Zom-B. He’s been dead for quite a while. Let’s say a couple of years, and already suffered advanced decomposition. Wow, what he has to overcome is staggering. Even if he found a way around the voluntary/involuntary muscle problem, he now has to find a way around muscle tissue that is so rotted that it’s not even connected to bone. No connection – no movement. On top of that, the nerves that innervate that dead muscle no longer make their connections, so they can’t provide the impulses to cause muscle motion in the first place.

Oh well, I think you get the idea. So if your insurance policy covers the zombie apocalypse, drop that coverage, you’re wasting your money. Remember, in the real world, the best job a zombie could hope for would be to be a piñata or doorstop.

I’ll just finish up by repeating what I said at the beginning. Despite all this, I still love well-made zombie stories, as well as all the other things that go bump in the night against all physical laws. I’d be out of a job if I didn’t. So – keep reading and watching and enjoying everything otherwordly. 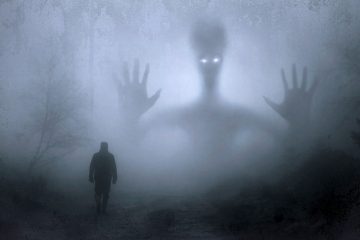 A Personal Experience with the Surreal

As a scientist, I find it difficult to believe in such things as ghosts and poltergeists and such, despite the fact that I now make a living off them. My wife, on the other hand, Read more… 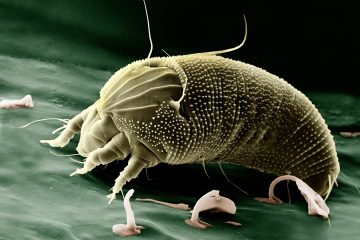 Invasion of the Body Parts Snatchers

They Creep! They Crawl! They Feed on Your Flesh! And … They’re already here! You can’t run! You can’t hide! Every step you take sends them swirling into the air, only to settle down once Read more…